Empowering Women – ReMerge Provides a Pathway for Women and Community 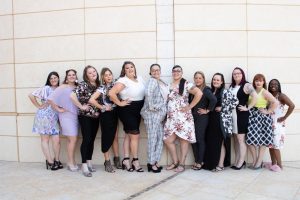 At The Brew Magazine, we believe in giving back to the community, and one way we do that is to give a local nonprofit a free ad to help promote their services. ReMerge and Catalyst Cookies were the benefactor of our April Ad.

People are punished for any number of reasons, and methods for administering punishment are broad. One of the most commonly accepted forms of punishment is incarceration. The idea behind incarceration is to thwart unwanted behavior, make an example of someone, or elicit a desired response. But how effective is punishment?

Whether it is a child or an adult, the question always looms as to whether punishment is effective or harmful. The University of Minnesota conducted a study that examined these questions. Discipline is one form of punishment designed to change impulsive behaviors, foster purposeful behavior, and emphasize firmness. Discipline can take many forms, including psychological disapproval, removal of privileges, and isolation.

The University of Minnesota research study concluded that punishment is often effective when initially administered; however, the effects diminished over time, and a given form of punishment may not entirely thwart the targeted behavior. In some instances, punishment can have adverse effects ranging from previously unseen and undesirable behaviors to aggression or possibly an endorsement of certain types of behavior. While these studies were conducted on children, the same results can also be seen in adults.

Oklahoma incarcerates more women per capita than any other state. In 2018, 281 women were imprisoned for various crimes. Often, these were non-violent and first-time offenses involving drugs or alcohol. In similar cases, men were found to have received reduced sentences or probation, whereas women served lengthy prison terms. Regardless of the offense, there is a direct relationship between a woman being incarcerated and the traumatic effects on her family.

Incarceration often brings unwanted stigma that can follow an individual. Many women battle a seemingly endless cycle of trauma, poverty, and repeated incarnation. ReMerge launched in Oklahoma in 2011 to provide women a pathway to break the cycle and rejoin communities.

“ReMerge serves as a national example for embracing the power of healing over-incarceration,” said Director of Community Engagement Melissa Walton. “ReMerge offers the opportunity to not only change our participants’ lives but the lives of generations of Oklahomans.”

ReMerge’s mission is to empower mothers of minor children facing non-violent felonies with the tools necessary to break the cycle of drug addiction, incarceration, and poverty. Through a four-phase program, ReMerge provides women a safe and stable home environment to help transition them back into the community. Aside from housing, women are provided with addiction support, access to mental and physical health care, transportation, food, and clothing. They are also provided with skills necessary to help with parenting, coping, and methods to rebuild their lives and families.

“ReMerge’s strength is providing individualized services through identifying partners that are experts in their fields and supplementing where there are gaps,” said Walton.

The program’s effectiveness has saved Oklahoma an estimated $37 million in lost wages, foster care, and the cost of incarceration. Studies have shown that approximately 27% of those released from prison remain unemployed. A ReMerge mother is provided with the skills to enter the workforce and attain a career.

“ReMerge’s 2022 budget is $2.6 million,” said Walton. “Our completion rate is currently 63%. On average, a ReMerge mother is 32 years old, has 2.3 children, and is facing up to 7 years in prison. Without intervention, these children with a parent in prison are 70% more likely to be incarcerated themselves.”

To learn more about ReMerge and its mission for Oklahoma, please visit https://www.remergeok.org/