Warriors For Freedom And Lively Beerworks Team Up To Help Veterans 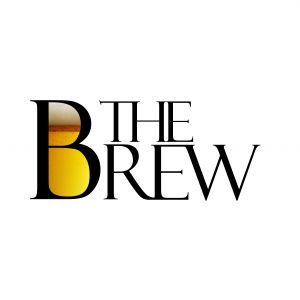 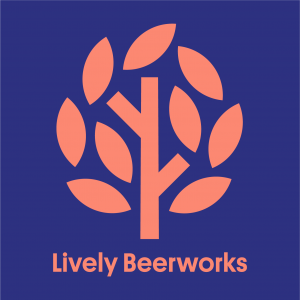 On November 12th, The Brew Magazine, Lively Beerworks and Warriors for Freedom are teaming up to bring a Vet-Tap Veterans Day Celebration, a new beer collaboration and much needed awareness to the sad reality of Veteran suicide. 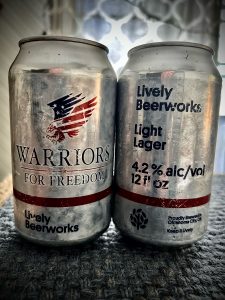 Being a soldier is never an easy job. Whether you sign up for a single tour of duty or you make the military your career, you are putting your life on the line if you’re deployed and see combat. Even those who don’t see action are subject to pressures and stresses that many civilians simply can’t understand.

When you think about that, it is easy to see why suicide is such a problem among veterans. Many of those who serve have a tough time readjusting to civilian life. Some vets come back and have jobs or entire careers mapped out for them, but many others get out of the service and feel hopeless, useless, or lost.

Some of them have physical wounds that haunt them every day for the rest of their lives, while others return physically unharmed, but they have mental and psychological trauma that lasts for years. They often don’t have the support network in place that they need, and they feel like suicide is the only way out.

Warriors for Freedom is a nonprofit that wants to stop veterans from feeling like they have no escape from their pain except for suicide. It is a sad but true statistic that in this country, approximately 22 veterans die by suicide every day.

The number of former soldiers who take their own lives is so much higher than instances of suicide in the civilian population. Many of the vets who go down this path feel like there is no one there to listen to them or understand them.

Warriors for Freedom is available for you to join either as a veteran or a civilian volunteer. The money that this entity collects goes to things like golf outings and camping trips. The group also arranges fishing excursions and scuba diving events. Many of the veteran’s report that the scuba diving trips in particular are an excellent method for promoting healing. Seeing the aquatic wonders lurking in the depths helps to instill a sense of calm and tranquility after the chaos they’ve seen on the battlefield. 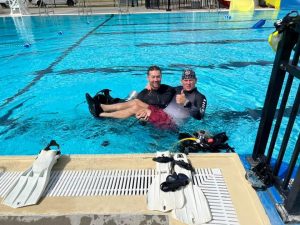 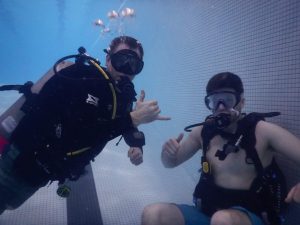 Other events geared toward helping veterans take place at restaurants or bars. Many times, local businesses partner with Warriors and open up their venues as meeting places for members who want to get together and share some laughs and a general sense of camaraderie. 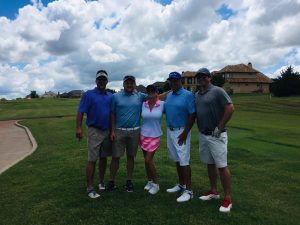 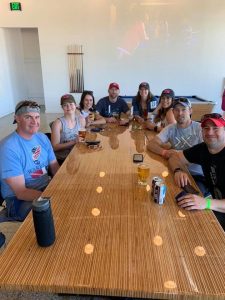 What Else Does Warriors for Freedom Offer?

The Warriors for Freedom program also presents veterans with an opportunity to meet in open forums where they can discuss anything that is troubling them. Many times, vets feel that they can’t fully open up to their family members or friends who didn’t serve. These individuals might listen to the veterans, but they can’t truly understand what they are going through because they don’t have that same background.

The Warriors for Freedom program tries to take away the stigma of asking for help. Often, veterans are taught and conditioned not to complain about anything since that is regarded as a sign of weakness. This unfeeling, unflinching attitude can help them get through combat situations, but it’s the worst possible thing when they return to civilian life.

The Warriors program allows these troubled individuals to drop the façade of stoicism so they can reveal the parts of themselves that hurt so much. If any veterans want to join Warriors, but they don’t want to talk about their inner pain, that is fine too. They can simply take part in a few of the get-togethers and other events and perhaps make some new friends that will add color and texture to their lives. 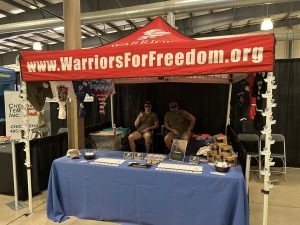 Should You Contribute to Warriors for Freedom?

Since Warriors for Freedom is a nonprofit, you can give a donation to help keep it running, and any money you give is a tax write-off. If you want to support America’s troops, but you’re unsure of the best method of doing that, this is an admirable way to express your patriotism. You can donate to their site with a credit card, or they also accept PayPal contributions.

If you don’t feel like you have any money to give right now, you can also donate your time. The Warriors program is always looking for volunteers who can help them set up their events. The administrators will likely have some ideas as to how you can help them accomplish their mission.

Whether you donate your money or time, if you know you’re potentially preventing a suicidal veteran from taking their own life, you’ll know you’re doing something that couldn’t be any more crucial. Sometimes, all a veteran needs to hear is that someone is cognizant of their pain and recognizes their struggle. They want to hear that they’re not forgotten, and their sacrifices have not been in vain.

Warriors for Freedom tries to provide that in a very real and meaningful way. Every veteran they reach justifies their existence, and it’s not hyperbole to say that they’re saving lives every day.

So make plans to join us on November 12th from 2pm – 6pm! There will be food and music and some great fellowship. For  just $25 you will receive a Lively Tote Bag filled with a 6pack of the Warriors for Freedom Beer as well as some really cool Lively swag.  To order your tickets here The Brew Magazine,. Warriors For Freedom & Lively Beerworks Vet Tap . We are looking forward to see you! 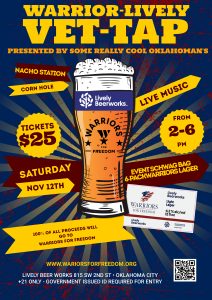 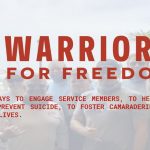 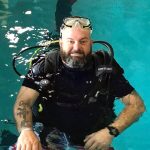 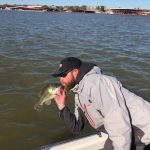 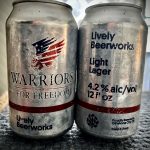 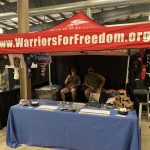 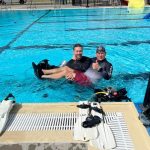 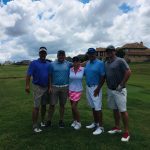 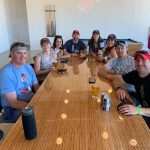 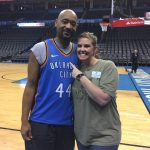 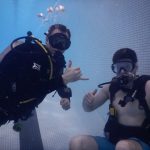